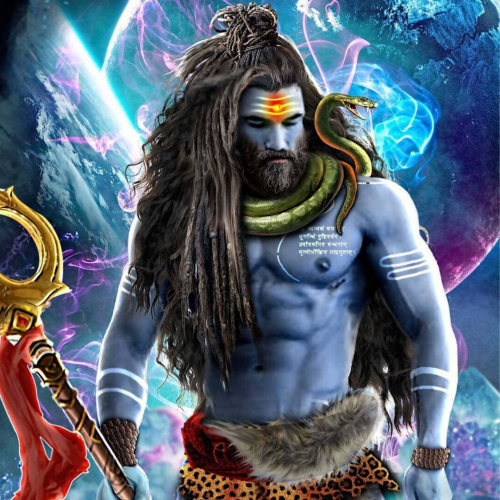 The fire aspect of lord Shiva is depicted by Mahakal. Time means Kaal that rules the mortal world and Mahakal is the one who rules over time. Lord Shiva, when manifested as Mahakal, symbolizes to destroy his aspect and association with time. The features under which Mahakal is depicted as Lord Shiva as dark complexion carrying a garland of skulls, seated on corpses and dwelling at the cremation ground. The destructive power of Shiva is symbolized by Mahakal as he aims to destroy the balance to create space for new creation. Evil, Adharma, and darkness are also destroyed by Mahkaal. The devotees of Lord Shiva are provided with Moksha. If one wishes to get protection, longevity, and power then one should perform Mahakal puja. The devotees worship lord Shiva for success and victory. All planetary doshas can Benefit of

Vedic rituals will be performed as per birth details so devotees must fill the birth details at the time of booking puja. The puja should also include the named devotee's near and dear ones. Thus carry out the best puja at Rudhraksha.gemstones with the most experienced pandits.