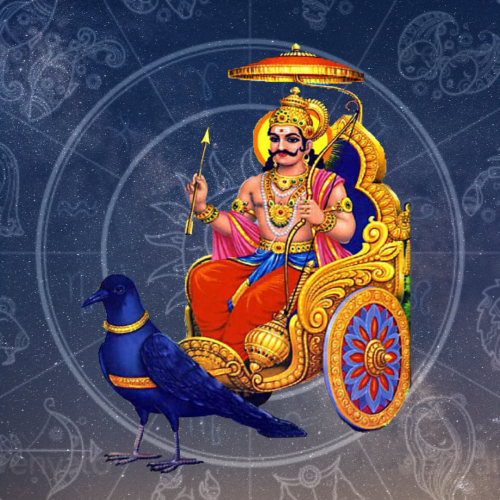 The Shani sade sati mantra Japa and yagna is performed to get blessings from planet Saturn, the planet of lessons. The aim is to strengthen the benefits and pacify the malefic effects. Sade Sati means Saturn's seven and a half year cycle, which is known as the toughest period of one's life. The most threating diety after lord Yama is Saturn or Shani. The malicious diety is feared by almost all Hindus. The superstitious attached to the god says that it causes all kinds of hassles to innocent people. The person born under the influence of the planet suffers many problems in life like poverty, tension, etc.

The transition period of Saturn to 12th, 1st and 2nd house from the natal moon is called Sade Sati which means seven and half years, which says that it takes two and half years for Saturn to transit through each house. The transit usually shows difficult times for the natives or the relatives of the native. Saturn or Shani is the offspring of lord sun and Chaya. It is known that when lord Shani opened his eyes for the first time the sun went into eclipse, which denotes the effects on astrological charts. The features of lord Shani are it is a stern teacher that represents patience, effort, endurance and endeavor that brings misfortunes and restrictions on the people. The planet just doesn't have malefic effects but also positive effects like a strong career, a healthy lifestyle and all major positive things for a person.

The Homa blesses with:

Along with puja mantra, a short video of Sankalpa and mantra chanting will be sent to the devotees. Along with puja mantra, the puja tokri with Prashad energized rudraksha,yantra and silver tabeez will be sent along to the devotees. Vedic rituals will be performed as per birth details so devotees must fill the birth details at the time of booking puja. The puja should also include the named devotee's near and dear ones. Thus carry out the best puja at Rudhraksha.gemstones with the most experienced pandits.